G It’s Entertainment LLC was started in October of 2013.It was established with the intention of producing family friendly films with a positive message.The company has had the privilege of working with many talented artists and mentors, who have helped them to create some amazing projects.G It Entertainment, GIE, is passionate about film making and hopes to continue making heart felt stories that leave viewers with a warm joyful feeling for years to come. 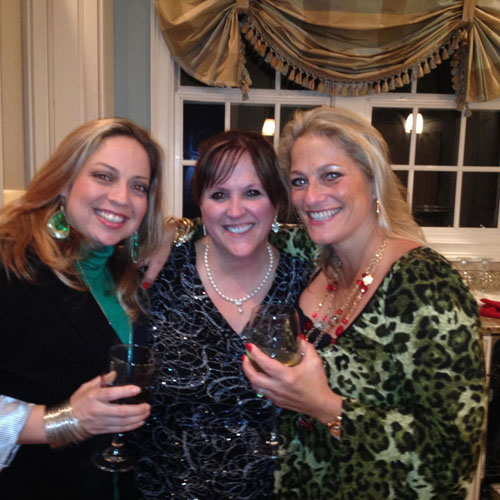 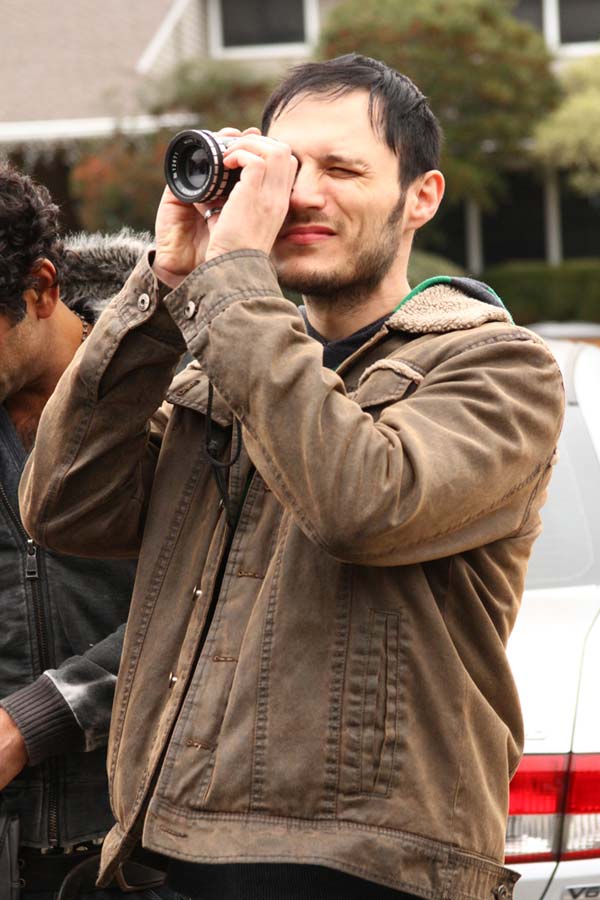 Elizabeth is originally from the Akron, Ohio area. She is not only a producer, but an anesthesiologist with a specialty in pain management. Elizabeth initially became exposed to production in 2006 when she helped out on an educational TV show. She has been fortunate enough to be mentored by the producer on the educational show, as well as other professionals in the business.

Elizabeth soon developed a passion for producing. She had her own idea for a TV show which was inspired by her children, and lead to the production of a pilot that she called “Teen Travel Notes” in 2006. She helped in the development, production, and marketing of the show which later became a syndicated TV series called “Passport to Explore” from Sept 2011 to Dec 2012.

She decided to venture out to the world of film and helped produce SAPPY FILMS LLC’s first feature film called “3 Times A Charm“, distributed by Mar Vista Entertainment. And she has continued to produce additional films, such as “Bloody Homecoming“, “All Hallows Eve“, “Accidentally Engaged“, “Love On the Rise“, and “Christmas Inn Farmstead“.

Elizabeth enjoys being involved in the production of high quality projects on a budget. She realizes her success is due to the talents of her amazing colleagues, which includes cast and crew who also have a passion for their craft and believe that doing business as a team player with integrity is crucial to developing long term success.

Elizabeth is currently working on a MFA degree in Motion Pictures and Television at the Academy of Arts University.

Screenwriter/producer Jake Helgren graduated from St. Edward’s University in Austin, Texas with a bachelor’s in Creative Writing, and his career began shortly after when Frivolity, a teen comedy feature he wrote his senior year of college, won First Place Comedy at Filmmakers International out of over 1,300+ entries in 2007.

The following spring Helgren moved to LA to pursue the industry full-time, and two short years later, his first low-budget gay romcom Finding Mr. Wright (2010) was produced and accepted into the renowned PhillyQFest in 2011, where it was coined “the screwball comedies of Katharine Hepburn and Cary Grant are given a 21st-century queer bent.”Helgren went on to write teen horror titles Bloody Homecoming (2011) and Varsity Blood (2013), both released by Image/RLJ Entertainment and the latter of which marked Helgren’s directorial debut; as well as the teen dance drama 1 Chance 2 Dance (2012), which Helgren co-wrote and produced. Helgren has since written and often produced several films for television and DVD including holiday family and romance titles such as UPtv’s 12 Dog Days Till Christmas (2014), STARZ/Anchor Bay’s A Belle For Christmas (2014), and A Dogwalker’s Christmas Tale (2015), and has multiple upcoming features projects in the pipeline for 2015, including the sci-fi creature feature Terror Birds, faith-based romance Forever Faith, the musical Country Crush, and multiple thrillers including 10 Year Reunion, The Nightmare Nurse, and The Suicide Note, the last of which he will direct.Helgren currently resides in West Hollywood, California with his dog Piper, who often appears in his films.

Born on Long Island New York, Tom started playing guitar at the age of 10after hearing Elvis, Buddy Holly and the Beatles and played in rock bands throughout inteen years. After leaving high school, Tom discovered jazz and moved to Tampa toattend the University of South Florida’s jazz program.

Also an avid composer Tom owns the production companyMUSIC JEMSPRODUCTIONS and writes and records music for FILM and TELEVISION, producingspots for Disney, Microsoft and Honda while also composing music for prime time TVshows including FOX’s American Idol. His score for the film drama, THIRST, wasnominated for ‘Best Original Score’ at the Pan Pacific Film Festival in 2011andSHALOM won at the Tampa Bay Jewish film festival in 2010. Tom finished scoring hisfirst Hollywood feature film, 3 TIMES A CHARM in 2011 which is now available onNetflix and finished work on his second feature, horror film BLOODYHOMECOMING.. Tom also scored THE BEDFORD DEVILfor Kitefliers Studios and that film was featured at The Gasparilla Film Festival in 2012.Tom’s first film in 2013 is a zombie/action feature called INFECTED that premiered inQuentin Tarantino’s Beverly Theater in LA on March 9th.

Currently, Tom leads his own Jazz / funk group – TOM JEMMOTT BAND and performs with the high energy 12 piece dance band Southtown Fever. He is also a member of the modern Jazz Trio – THICK AS THIEVES and continues a busy performance schedule as a freelance jazz, classical and pop/rock guitarist as well as teaching jazz guitar at the University of Tampa.

Paul Winkels is an Assistant Director, Director, Producer, Editor, and Visual Effects Artist. He handles all of these roles in some capacity for many of GIE films.He usually is involved with each film from day one of pre-production through the final day of post-production. 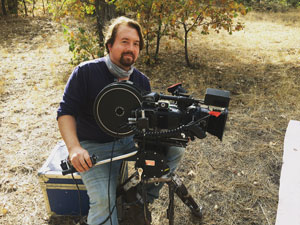 Ferguson Sauvé-Rogan was born to make films. As a child he was surrounded my movies. His parents owned a video store in New York City during the boom of home video. Movies weren’t just for fun, they were a creative necessity. Growing up, Ferguson Sauvé-Rogan was lucky to turn his passion into a successful career. He graduated from San Francisco State University with a degree in cinema and now currently works as a cinematographer mostly in the world of TV movies.