ORDER YOUR COPY ON AMAZON.COM TODAY.

When charming yet misguided juvenile delinquent Jack Whitley gets in trouble again just a few weeks before Christmas, he is sent to his probation officer Art Davis. Art gives Jack a community service task he hopes will ultimately change Jack for the better–to help clean up a local animal shelter that will soon be closing its doors. Jack soon meets the three girls who run it: the bubbly Blair, beautiful Hillary, and Hillary’s tomboy-ish stepsister Ryan. When Jack sets his sights on scoring a date with Hillary, Ryan promises him a date with her stepsister if only Jack will use his charms to help place each of the dogs in homes so that none will be euthanized in the city shelter. Jack reluctantly agrees, but the more time he spends around the homeless pups, the more he starts to realize that his own life in and out of foster homes just might parallel that of the sweet pups surrounding him. Now, with only 12 days left to go, Jack and Ryan must join forces and set out on a holiday mission in order to find permanent homes for all 12 of their most unwanted pups. 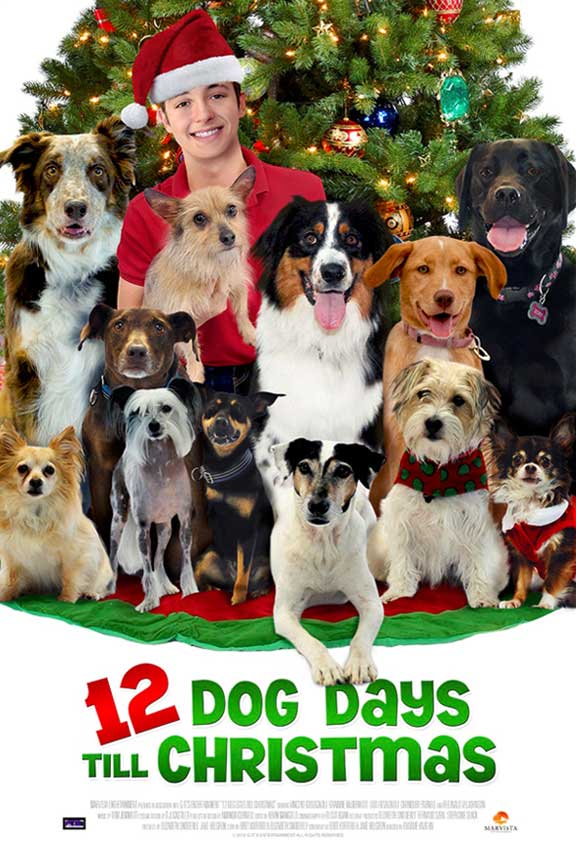 “A ‘feel good’ movie that is sure to inspire you and get you in the holiday spirit.”
– Kimberly, Shescribes.com